Chill Out: 10 Reasons to Cruise to Alaska 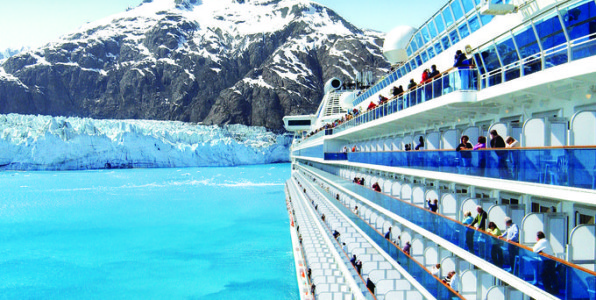 Alaska is one of the top cruise destinations and one of the most fascinating. A big reason for the region’s popularity has to do with the appeal of the unspoiled scenery, but there is more to the 49th state than first meets the eye. Here’s why you should put a summertime cruise to Alaska on your calendar (aside from a pleasant break to the intense heat).

It’s Alaska: You will be cruising in a “bucket list” destination, a place where scenic wonders, such as massive glaciers roaring into the sea in the Inside Passage, are best viewed from the water — including from the deck of your cruise ship. The rustic, uncrowded charm of the places you’ll visit is also captivating (though you will share the major ports with many fellow cruisers).

The wilderness: Much of the state’s coastline is wilderness, and whether you’re shipboard in places such as Glacier Bay National Park & Preserve or out exploring on shore excursions, you’ll experience the sheer vastness as you view protected emerald forests, snow-capped mountains, waterfalls, glaciers and fjords. To give you some concept of it, consider that Misty Fjords National Monument alone is the size of Connecticut.

The wildlife: Around the time you spot your third bald-headed eagle you’ll realize there are a lot of the birds in Alaska, including in Juneau and other developed areas. You’ll likely see more than one whale, and even more than one whale type — there are 16 whale species that spend time in Alaskan waters, including humpbacks and orcas. Spotting a grizzly bear is trickier, but keep your binoculars at the ready.

Frontier spirit: One of the best things about traveling in Alaska is encounters with Alaskans. Maybe it’s the rugged climate and remoteness of the place, but ask a few questions, such as “Have you seen a bear recently?” or “How are the salmon running this year?” and you’ll likely hear stories — including the requisite frontier tall tales.

Rich Native culture: A memorable part of your Southeast Alaska cruise will be experiencing Alaska Native culture in small villages such as Hoonah (home to Icy Strait Point) and larger ports such as Juneau, Ketchikan and Sitka. Visit museums and cultural centers and take time to view the towering totem poles that showcase the artistry of the Tlingit, Haida and Tsimshian peoples.

Gold Rush history: Back in 1898, prospectors flocked to the Klondike, hoping to become instant millionaires in one of the biggest gold rushes in history. Most did not succeed (and instead faced numerous hardships). Remnants from the Klondike Gold Rush remain and make for a fascinating history lesson as you explore places including historic Skagway.

Easy access inland: “Cruisetours” — land options that can be combined with your cruise — get you to Anchorage, the Kenai Peninsula, Denali National Park and Fairbanks, as well as into the Yukon Territory and the Canadian Rockies. Princess and Holland America have well-established land operations including hotels. Royal Caribbean/Celebrity also operates its own land packages.

Choice of ships: Cruising in Alaska can mean anything from seeing the top sights on a large ship (with the option of shore excursions to more remote places), to spending most of your time in the wilderness with such small ship companies as Un-Cruise Adventures, Lindblad Expeditions and Alaskan Dream Cruises. There is even such a thing as luxury Alaska cruising, provided by lines including Silversea and Regent Seven Seas.

Good eats: You might not think of Alaska as a culinary destination, but one bite of the local catch from a place such as Tracy’s King Crab Shack in Juneau and you’ll be hooked. There’s a reason Juneau was featured on Bravo TV’s Top Chef.

Amazing shore excursions: Whether trying to catch “the big one” while salmon fishing, taking a helicopter to hike the top of a glacier, flightseeing over ice fields, kayaking past frolicking seals, trekking to see bears, gold-panning or riding a dogsled, Alaska shore excursions bring bragging rights. Cold-water snorkeling, anyone?